ShoreTel Communicator for Sametime 8.5. Not 9!

Is your Broadband ready for enterprise VoIP at home?

With more and more people working from home, is your home internet connection ready for enterprise VoIP at home?

When running VoIP within an enterprise, your network administrator will have set up QOS to make sure that the VoIP traffic is prioritised over other traffic, making sure it gets to the destination on time and in the correct order. At home you cannot do this as the traffic will be traveling over the Internet. Your home router might have a QOS setting, but this is really a best effort. It means the router will send it out of your house before the email you are sending. However as soon as it gets to your ISP, with thousands of other home users sending email, streaming movies, etc your router’s QoS setting means very little out on the internet. Saying that, it is worth always setting it up, as every little helps!

Unfortunately unless your ISP owns both ends of the connection and you pay them lots of money, there is nothing you can do about this. So you can only hope your network connection is a good one!

The main factors, which affect the quality of your VoIP call.

Bandwidth is essentially how fast your Internet connection is.  Most modern-day broadband connection should be ok. Below is a table of codecs and their bandwidths. (A codec is the method used to compress the audio stream and then split it up in to small chunks so it can be transmitted over a network)

You can test your bandwidth here:  http://speedtest.net

Packet loss is simply “Packet loss occurs when one or more packets of data travelling across a computer network fail to reach their destination. Packet loss is distinguished as one of the three main error types encountered in digital communications; the other two being bit error and spurious packets caused due to noise.” (Thanks Wikipedia). The effect of packet loss is typically parts of words missing form a conversation.  Most VoIP endpoints are clever enough to fill in the gaps, by looking at the packet before and after the missing one, but packet loss still has an affect at start and ends of words and if the packet loss is over a long period then it can result in silence or a dropped call. Typically under 1% is acceptable

Latency is how long it takes for a pack of data to leave the source and arrive at the destination. Typically under 150ms is acceptable.

Jitter is the variance of Latency. So it you are sending out VoIP packets every 2 ms and you send 4 packets and the Latency of each packet is:

The max jitter would be 13 ms. Also packet 3 would be received after packet four. This happening the odd time during a VoIP call is not to important as most end points can deal with a small bit of jitter, but if this happens a lot then the call could be subject to echo. The acceptable levels change depending who you ask, I would say a max jitter of 1ms for an enterprise LAN/WAN. For the internet a maximum of 4ms.

You can measure your Jitter and packet loss here as well as obtain a MOS score: pingtest.net

This is somewhat true as G711 requires more bandwidth. However, as G729 requires less bandwidth, it stuffs more of the conversation in each packet, so, if you have a connection with high packet loss, regardless of bandwidth G711 is probably the better codec as  you will lose less of the conversation when a packet drops.

I have found these two tests for each codec hosted by brightpattern.com

These tests will give you information about each codec and sip traffic over your network connection.

Hope you have found this helpful, Any questions please use the comment field. 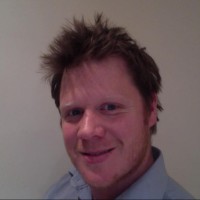